One of the first books I owned was the The Giving Tree written by the late Shel Silverstein. This book was a gift from my godmother many years ago. In the book, an apple tree gives joy to a the main character from the time he is a boy until he becomes an old man. The tree keeps giving back.

Recently I heard about the Giving Tree Band from Yorkville, Illinois. The Giving Tree Band uses social networking to connect with their fans and share their message of environmental sustainability. They made a green statement while recording their “Great Possessions” album in 2009. The group stayed near the Aldo Leopold Legacy Center where they recorded the songs to reduce their carbon emissions during commutes. Even the instruments used on this CD were made of recycled materials.

After the recording, the band raffled off the guitar pictured below, signed by the band, through the Chicago Bluesgrass & Blues Festival. McHenry County resident Kyle E. Williams, also a song writer and guitarist, won this Taliesin model guitar which Jason Harshbarger of Highland Strings created from reclaimed materials. Click on the image below to view the video of Kyle playing the guitar from the Giving Tree Guitar and signing his original song CTA accompanied by Noel F. Williams.

Read more about the band’s eco friendly practices and recording. Purchase the Great Possessions album. Listen to their music on MySpace and Facebook. Follow Giving Tree Band on Twitter. 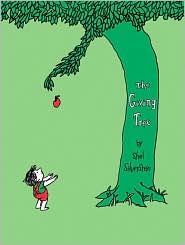