Touring musician Roger Adler‘s music studio was not in my plans when I walked into the Lakeside Legacy Arts Park in Crystal Lake. Fortunately for me, that’s how the night went. Roger was the first tenant when he opened his studio at the Lakeside Legacy Center.

Roger Adler is a four-time Emmy nominated composer, producer and performer who makes his home in Woodstock, Illinois. I became aware of Roger and his work when he was Music Director for WTTW’s Wild Chicago television program which aired from 1989 to 2003. Show host Ben Hollis visited off the beaten path places and interviewed quirky folks from the Chicago metro area. Roger wrote the shows catchy Wild Chicago theme song and all music segments during the shows 16 years on the air.

Roger had a part in The Groundhog Day movie and plays guitar on the soundtrack. The movie was filmed in Woodstock, Illinois and Roger is a regular at the annual Woodstock Groundhog Days festivities. 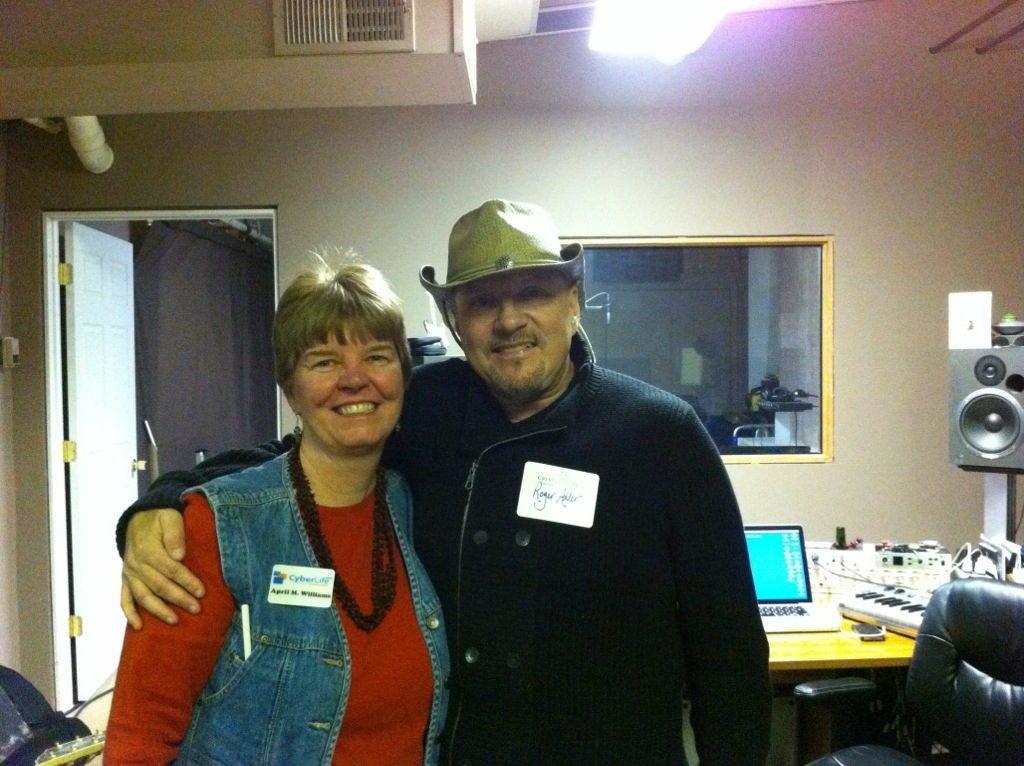 During studio recording sessions for The Groundhog Day movie, Roger and Harold Ramus got to know each other. Roger gave Harold a few impromptu guitar lessons in between takes. In the movie, Roger plays the band director and guitar player. According to Roger, “During the filming of the Groundhog dinner dance scene Harold asked if me if I could put in a guitar solo there. I said sure! Harold then asked if I wanted to be part of the band playing in the movie. Of course I said yes again.” Bill Murray learned to play piano for the movie’s sub plot. Roger had fun getting to know Bill Murray, Chris Elliot and Harold Ramis.

Harold Ramis was the presenter one of the times Roger was nominated for an Emmy award . They worked together again when Harold was a guest on a Wild Chicago segment remembering his days at Second City.

During Roger’s career he has been a freelance composer for documentaries like Nova and Golden Apple Awards for teachers. In addition to playing in bands, Roger writes music for corporations, hosts Apple store presentations on music technology, pens articles for magazines like Premier Guitar and more.

Roger teaches Pro Tools classes at Electric Clown in Chicago. When he was 18 he taught classes in a Mount Prospect music store. For 17 years he gave private lessons for 70 students. That’s over 60 thousand lessons! He currently has a couple of students.

Roger performs with the Ken Arlin Orchestra including gigs at The Bellagio and President Obama’s first inauguration. Roger was the first person to create an album with Garage Band software. He titled his work “The Garage Album” by Roger Adler. 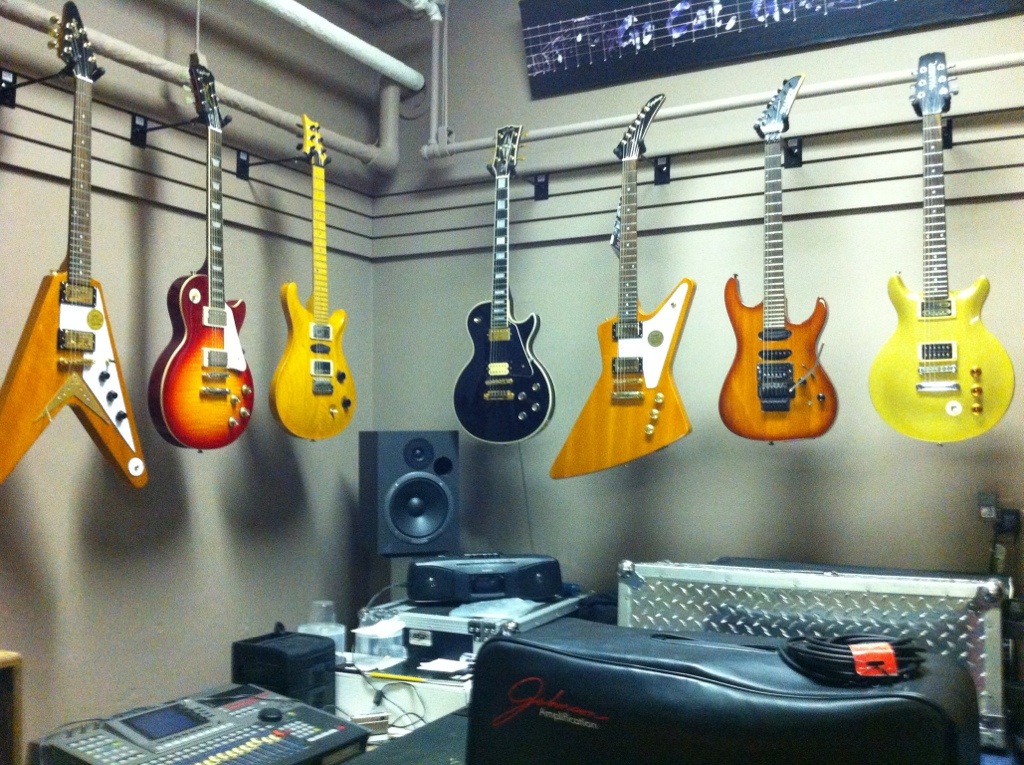 Roger showed me the Gibson Les Paul Custom that he played in the movie Groundhog Day which shows some wear. “I respect guitars” he said. “As you can see this one shows some wear. Roadies have put guitars in stands crooked and it’s fallen flat on its face a few times. So now I have this attitude about guitars that they are more like a saw in a toolbox. Like a carpenter, I reach in for the right tool. Different guitars sound all different ways.” Roger often picks up his daughters pink paisley Telecaster because of the distinct sound. Roger also plays banjo and dobro guitar.

Roger enjoys playing a broad rage of music. His influences include the Allman Brothers, Jimmy Page of Led Zeppelin, Jeff Beck, Eric Clapton and stays up to date with current music. His wife Jane “keep him interested in new artists.” Roger wrote music, lyrics and plays most of the instruments for Nick Lynch‘s new album.