In the early morning hours of December 7, 1941, Japanese planes bombed Pearl Harbor Hawaii. Before the day was over, the Unites States lost airplanes, battleship and many lives in this surprise attack.

This week, we remember the 70th anniversary of this World War II milestone with events at the Pearl Harbor Visitor Center. The brand new visitor center was opened on Pearl Harbor day of 2010 as part of the final reunion of the Pearl Harbor Survivors Association. Members of this group are in their 90’s and many find it hard to travel long distances to these gatherings.

We are fortunate to have met several of these heroes and are touched by  their stories.

In honor of Pearl Harbor Day, we share stories of service men who were at Pearl Harbor during the bombings and we were fortunate to meet these Pearl Harbor survivors. The personal stories they tell are much more powerful than reading history in books. These gentlemen in their 80s and 90s have plenty of spunk and courage. Read their stories, see picture and watch video of our heroes. Click on the links below to hear their testimonials. 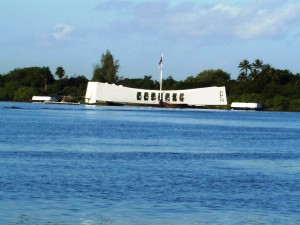